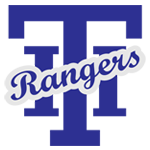 Holt ends a three-year run at Coweta, where he went 19-15 with a district championship in 2017. He also guided the Tigers to the playoffs in three consecutive years.

“We appreciate the time Coach Holt put into the program,” Coweta athletic director Tim Johnson told the Wagoner County American-Tribune. “We wish Tim and his family nothing but the best.”

According to several sources, Holt is heading to Broken Arrow to become the Tigers’ passing game coordinator. For the Tigers, the reigning Class 6AI champions, Holt joins the offensive staff, which is led by offensive coordinator Jay Wilkinson.

Coweta is coming off a 5-7 season, one that ended with a loss to Ardmore in the Class 5A quarterfinals.

The next head coach will be Coweta’s third since 2013.