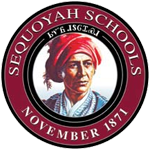 Oklahoma Union taking over in OKC

Week 5 Player of the Week Poll

The Skordle Week 5 Player of the Week poll is sponsored by:

Noah Cortes (Broken Arrow) - Senior tailback rushed for 200 yards and a single-game school-record six touchdowns on 14 carries in the Tigers’ 63-7 win over Norman.

Cameron Gunville (Seminole) - Junior tailback rushed for 319 yards and four touchdowns on 41 carries in the Chieftains’ 50-31 victory over Lincoln Christian.

Corey Ramsey (Okemah) - Senior running back rushed for 359 yards and seven touchdowns on 16 carries in the Panthers’ 70-32 victory over Holdenville.

Brant Hager (Verdigris) - Junior quarterback completed 22 of 33 passes for 537 yards and five touchdowns. Also rushed for 24 yards and one touchdown in the Cardinals’ 45-35 win over Vinita.

Austin Hines (Adair) - Senior quarterback completed 14 of 23 passes for 496 yards and seven touchdowns in the Warriors’ 48-21 win over Wyandotte..

Tayden Lucero (Haskell) - Senior quarterback had 23 carries for 271 yards and four touchdowns, and also completed 9 of 17 passes for 197 yards and one touchdown. On defense, had 10 tackles and an 81-yard interception return for a touchdown in the Haymakers’ 44-16 win over Dewey.

Stevie Orr (Davenport) - Senior quarterback rushed for 123 yards and five touchdowns on 18 carries. Completed 20 of 34 passes for 396 yards and two touchdowns in the Bulldogs’ 50-38 win over Dewar.

Josiah Markum (Okla. Christian Academy) - Senor tight end caught nine passes for 398 yards and seven touchdowns. On defense, he finished with four tackle, one interception, one sack, one tackle for loss and one fumble recovery in OCA’s 63-42 win over Northeast.

Nick Jones (Eufaula) - Rushed for 158 yards and two touchdowns and threw a touchdown pass in only one half against Hartshorne in the Ironheads’ 41-6 win.

Cade Shropshire QB (Checotah) - Passed for 172 yards and two touchdowns and rushed for 155 yards and four touchdowns on 16 carries in the Wildcats’ 55-26 win over Okmulgee.

Wyatt Conley (Minco) - Passed for 148 yards and one touchdown and also ran for one touchdown. On defense, had an 18-yard interception return for a touchdown in Minco’s 34-8 win over Watonga.

Danny Brockup (Inola) - Senior running back scored three touchdowns while rushing for 176 yards on 20 carries. Also had one catch for 45 yards in the Longhorns’ 42-0 win over Claremore Sequoyah.

Andrew Crow (Victory Christian) - Rushed for five touchdowns on offense and had two interceptions on defense in the Eagles’ 54-0 win over Fairland.

Senior LB/WR Jonathan Buskirk (Regent Prep) - Had 15 tackles and three tackles for loss on defense. On offense, had two catches for 44 yards and a touchdown in Regent Prep’s 32-22 win over Yale.

Qwontrel Walker (Stillwater) - Rushed for 151 yards and two touchdowns on 31 carries. Also had a 44-yard touchdown reception in the Pioneers’ 31-13 win over Midwest City.

Will Dunigan (Spiro) - Caught five passes for 130 yards and one touchdown. On defense, he had 14 tackles in Spiro’s 47-14 win over Westville.

Drake Roush (Holland Hall) - Completed 14 of 23 passes for 280 yards and two touchdowns. Also had eight tackles on defense in a 49-21 win for the Dutch over Keys.

Conner Carey (Heritage Hall) - Rushed for 188 yards and a touchdown on 26 carries. Also had three catches for 86 yards in the Chargers’ 27-20 win over John Marshall.

Nate Asbill (Sallisaw) - Rushed for 274 yards and four touchdowns in the Black Diamonds’ 42-21 win over Stilwell.

OLB Cole McMurphy (Crossings Chr) - Recorded 17 tackles and a touchdown off his own blocked punt in Crossings Christian’s 16-14 win over Crescent.

Makai Blades (Glenpool) - Rushed for 153 yards and two touchdowns on eight carries in the Warriors’ 66-0 win over Hale.

Collin Oliver (Edmond Santa Fe) - Recorded 17 tackles, three tackles for loss, one tackle for a safety and a fumble recovery in the Wolves’ 30-14 win over Yukon.

Miles Davis (Lawton) - Rushed for 256 yards and a touchdowns on 35 carries in the Wolverines’ 34-17 win over Deer Creek.

Trenton Skinner (Shawnee) - Caught seven passes for 130 yards and a touchdown. Also threw a touchdown pass in the Wolves’ 32-27 win over Ponca City.

Brennan Presley (Bixby) - Caught three passed for 51 yards and a touchdown, and also rushed for 25 yards. Even completed a pass for 34 yards. On defense, he had a 36-yard interception return in the Spartans’ 21-7 win over Booker T. Washington.