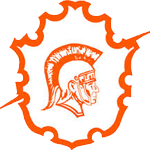 That noise you heard following the games in Week 1 was Michael Swisher shouting for joy. The oldest of the bunch is proving to be much wiser than those going against him so far. But we’ll see if we can’t gain some ground on him with a solid slate of Week 2 games.