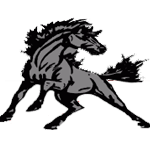 Steve Edwards steps down at Glenpool

GLENPOOL -- When Glenpool starts the 2020 season, the Warriors will have a new head coach for the first time since the mid 90s.
On Thursday, Steve Edwards told Skordle he’s stepping down as the Warriors’ head coach after a 24-year run.
“Been going up and down the sidelines for 35 years,” he said. “It’s time to take a break.”
After serving as an assistant coach in Hominy, Edwards took over at Glenpool in 1996 and led the Warriors to the most successful years in the program’s history.
Glenpool had won only one district championship before Edwards arrived, and he now departs with eight district titles and two state championships (2002 and 2008).
“Through those 24 years at Glenpool, it’s been a really good run,” Edwards said. “Class 4A was good to us for a while.”
Edwards enjoyed a vast amount of success after his father questioned his profession a long time ago.
“I remember my dad asking why I wanted to be a football coach and having to move everywhere,” Edwards recalled. “But that wasn’t the case for me because I’ve ended up being at Glenpool for a long time.”
During his 24-year run at Glenpool, Edwards went 167-109, including a 2-8 season in 2019 to close the book on his tenure with the Warriors.
“Since 1996, we’ve followed the same coaching mantra, ‘make better players, not better plays,’” Edwards said. “It’s been so much more than developing good football players. We’ve always wanted to make sure the young boys turn into great men.”
As for Edwards, he’ll still be in Glenpool as the Warriors’ assistant athletic director. It will allow him more time to watch his sons, Gus and Michael, play football and wrestle.
“I want to sit back and watch them,” Edwards said. “Both have really promising futures in both football and wrestling, I want to be able to watch them.”
And what about coaching? Edwards wouldn’t totally close the book on a return in the future.
“If I still have a hankering to get back into it,” he said, “hopefully I’ll be able to do that.”

KIEFER -- Trent Worley is a small-town kid at heart. Plus, he and his wife Ashley have most of their family living in northeast Oklahoma.
That made the head coaching vacancy at Kiefer so intriguing.
And sure enough, Worley was named the Trojans’ head man Monday night, becoming only the program’s second head coach in 12 years.
“It’s a really good spot to be in, both for me and my family,” Worley told Skordle. “But to a lot of people, it’ll look like a crazy move.”

Worley, a Foyil alum, recently wrapped up a two-year tenure at Piedmont, where he went 8-13. The Wildcats went 5-6 in 2018 and earned a playoff berth before being eliminated in the first round by eventual Class 5A runner-up, Ardmore.
In Kiefer, Worley will fill the void left by Josh Calvert, who is stepping away from coaching to take a job in Oregon. From 2008 to last season, Calvert led the Trojans to a 94-37 record.
“This is something I’m looking forward to,” Worley said. “What was impressive to me about Kiefer was how the town places a priority on athletics, and those being bright spots in the community. Plus, there they place a great deal of importance on building relationships in settlings like Kiefer.”
Kiefer is coming off a 3-7 campaign in 2018. The Trojans shared a spot in District 2A-3 with Class 2A’s state champion, Sperry, and runner-up, Beggs. Kiefer entered the final week of the regular season vying for postseason spot, alongside Haskell and Morris.
“I’m a small-town guy,” Worley said. “I’m going into year No. 20 in my career. The older you get the more you realize what’s important, so I’m excited for the move for my family. And I’m excited about the Kiefer program, which as unlimited potential.”