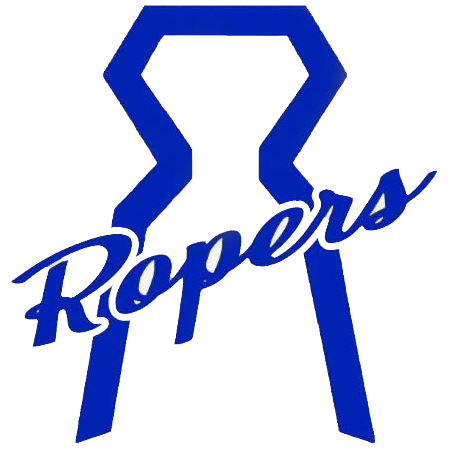 Sources: Brown to take over at Booker T. Washington

Booker T. Washington’s head-coaching vacancy didn’t last long. The Tulsa World reported that Brad Calip would be vacating his post as Hornets head coach for an assistant coaching job at Owasso on Sunday.

On Monday, Tulsa Public Schools is expected to formally announce Jonathan Brown as the Hornets new head coach at Booker T. Washington, according to multiple sources. Brown will be elevated from his current defensive coordinator role.

Calip leaves after going 32-15 during a four-year run as head coach. During that time, Booker T. Washington won the 2017 Class 6AIi state championship.

Brown is a former Booker T. Washington standout who graduated in 1994. He played college football at Tennessee and spent time during his professional career in both the NFL and Canadian Football League.

No introduction needed. Here are the "expert" picks for state tournaments taking place this weekend. (Oh, and listen to the podcast while you're at it!)

Ben Johnson - Edmond Memorial: There are so many players to love in this field -- Putnam City West’s Rondel Walker, Sapulpa’s Camryn Dennis, Putnam City North’s Micah Thomas, Booker T. Washington’s Bryce Thompson and so many more. But Shane Cowherd is bringing a team with talent across the board. There’s a reason the coaches in the state have the Bulldogs as the top-ranked team, so I’ll side with Cowherd and Co. over Booker T. Washington in the finals.

Michael Swisher - Edmond Memorial: The Bulldogs snuck in after losing to Midwest City and squeaking by rival Santa Fe. They’ll play better this week and bring the trophy down south.

Whitt Carter - Booker T Washington: This will be a fantastic tournament filled with teams that can win it. But I’ll take the Hornets, as they have the experience in big games and are hungry for a title. They had to watch Memorial win two in a row in Class 5A and this year their get one of their own. Another side note, BTW’s Seth Hurd is my favorite and the most underappreciated player in the state.

Ben - PC West: Reckless abandon is what the Patrios will play with this weekend, just like they’ve done all year. Not a ton of big-time scorers for PC West, but last year’s runner-up will hoist the gold ball this year.

Michael - Putnam City West: No. 1 in Oklahoma. Nationally-ranked. Haven’t lost to a team from Oklahoma. Won’t this weekend, either.

Whitt - Putnam City West: They were right there last year and had their title taken in the waning seconds by Owasso. All they’ve done this year is go 23-1 with a loss to Skyline, TX and dominate the teams inside the state of Oklahoma. Their relentless style of play and approach will be the difference, as they finish on Saturday this time and cut down the nets.

Ben - Memorial: Boone twins. It’s that simple. The Chargers have been a dynamo in 5A with two straight titles and now going for a third. Northwest Classen is good, but can Davion Warden and Co. make it to the title game and then take down the Chargers? I don’t see it.

Michael - Memorial: Lenny Hatchett has Del City playing so well, but I can’t pick against Memorial. Neither should you.

Whitt - Memorial: Let’s all be honest, this is the easiest pick from any of the classes. Bobby Allison and gang are just on another level. The Boone twins will, once again, wow the crowds at the Mabee Center with their athleticism and impact on both ends of the floor. The Chargers get another one, sending Kalib and Keylan out with a bang.

Ben - Piedmont: Per usual, the 5A girls field is pretty much anyone’s for the taking. Rogers is dangerous, but then so is El Reno with Ashlyn Evans-Thompson leading the charge. Coweta is young but talented, and East Central is always a threat. But for this year, I’ll go with the Wildcats, led by Delanie Crawford (14.8 points a game) and Maci Attalla (13.6).

Michael - Piedmont: El Reno beating Ardmore at area put the bracket in a funk as it appears loaded at the bottom. Coach Carr’s team will emerge from that and then claim gold on Saturday.

Whitt - Ardmore: They suffered a surprising and tough loss to El Reno at the area tournament last week, but I think that may work to the Lady Tigers advantage by waking them up. This team rolled through the first part of the season, losing their first game in late January. Ardmore cuts down the nets and gets its’ third gold ball.

Ben - Kingfisher: Some unbelievable talent in this field -- Broken Bow’s Josh Jones (20.4 points per game), Central’s B.J. Jefferson (16), Elgin’s Conner Slater (16.3), Kingfisher’s Trey Green (17) and Heritage Hall’s Trey Alexander (24.8). And what’s scary is a lot of these teams will return a lot of talent next season. But for now, I’m zeroing in on a Kingfisher-Heritage Hall title game for a second straight year. This time the gold ball goes to Jett Sternberger, Matt Stone, Bijan Cortes and Co.

Michael - Kingfisher: I live in Kingfisher. I have to pay my bills. I have to pick the Yellowjacket. Oh, and they’re really, really good. And hungry. If they get by dangerous Elgin in the quarters, look out.

Whitt - Kingfisher: The class that everyone is excited for will take center stage at the Fairgrounds for all three days. Heritage Hall beat the Yellowjackets in the title game last year and are 26-0 this year. But the star-studded Kingfisher remembers that loss last March and will want revenge. They get it and send out their seniors with a second gold ball.

Ben - Anadarko: Top half of the bracket -- Holland Hall, Muldrow, Elgin and Classen SAS -- is STACKED. Again, STACKED. That’s part of the reason I went with Anadarko. The Warriors still have their work cut out for them, but I’m rolling the dice with Kaylee Borden (12 points a game), Averi Zinn and the rest of the Anadarko team to win its third gold ball.

Michael - Muldrow: Coaches tell me Classen SAS is as talented as they’ve seen in 4A in a while. And they’re young as they start three freshmen, a sophomore and a junior. That said, I’m going with Muldrow. Taylen Collins can match up with Littlepage-Buggs and Hannah Boyett can handle the pressure. And that’s just a semifinal. Don’t overlook Anadarko, either (it appears I am).

Whitt - Anadarko: A fairly wide open class, there are a handful of teams I could see winning it. I’ll go with the tradition-rich Anadarko, who beat one of the favorites, Classen, last Friday in the area finals. When the Lady Warriors get the press up and running, you better handle the pressure or things can unravel quickly.

Ben - Millwood: Kingston’s Jacob Germany is as good as it gets in this field, but I’ll side with the athleticism of the Falcons here. Give me Justin Wilson and Isaiah Williams and the rest of the Falcons.

Michael - Here’s hoping for a Kingston-Millwood final (all apologies to you other six). I’ve got personal ties to Millwood, so the fan in me is pulling for the Falcons all the way. The business side in me says Kingston won’t be denied.

Whitt - Millwood: I’ll take the Falcons to win the gold ball here. Several really good teams that you can pick here, including Kingston or Sequoyah on the other side. Ultimately, I think Millwood gets the winner of that eventual semifinal and beats them. Millwood has not lost inside the class this year and that won’t change this weekend.

Ben - Christian Heritage: Up from 2A, the Crusaders are still loaded. Tahlequah Sequoyah is probably the favorite, but I’ll side with Olivia Curtis and Rylee Langerman.

Michael - Sequoyah-Tahlequah: CHA has won the last two 2A crowns and is a sleeper, but this isn’t 2A and the Lady Crusaders aren’t as deep as they have been. Larry Callison rides into the sunset with another state championship.

Whitt - Christian Heritage: Another class with some big time teams, but I’ll take CHA to win another title as it took the jump up a class this season. They know how to win and ultimately get past Sequoyah in what would be an awesome semifinal. Side note, I am really picking my alma mater, the Sulphur Lady Bulldogs - in Toby Todd we trust.

Ben - Hennessey: Total guess here, so I’m siding with Hennessey, who -- along with Hooker -- has only lost twice this season.

Michael - Hooker: This is the most wide-open bracket in OKC, in my opinion. Any number of teams can win…and also get beat Thursday. Hooker is one of them.

Whitt - Dale: They are coming off a big win over Hooker last week to punch their ticket to the state tourney. They have played well inside the class this year, going 12-2, only losing to Cashion a month ago and Rock Creek back in January.

Ben - Dale: I’m programmed to believe that Dale wins everything when its in any state tournament field. Pirates win again.

Michael - Howe: No Cashion and no CHA this year, which have been Howe’s kryptonite the last three years. Dale is in the way, but Jalei Oglesby caps her stellar career with the gold ball.

Whitt - Latta: I’ll go with what many would consider a sleeper pick here, but give me the Lady Panthers. They are a long team and present a bunch of problems defensively. They will have to get past top-ranked Dale in the semis and it would be the rubbermatch between the two.

Made a big podcast addition this week. Ben & Swisher are joined by the Oklahoman's Jacob Unruh.

Jacob & Swisher recap the highlights and the championship moments from the Class A & Class B state tournaments.

Then the guys break down the state tournaments from 2A through 6A. And of course, PREDICTIONS! (Most sure to go wrong, in Ben's case).

Have feedback for the show? Tweet at us - @michaelswisher or @benjohnsontul | Or email us at ben@skordle.com

And as always, thanks for listening!