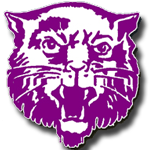 1. Union at Mansfield (Lake Ridge)
Union won the matchup between the two clubs last year 36-30, thanks to Darius Boone’s 26-yard touchdown in the fourth quarter. Union went on to be a Class 6AI semifinalist, and Lake Ridge was a Region 1 semifinalist in Texas’ 6A Division II.

3. Broken Bow at Metro Christian
Metro Christian quarterback Asher Link scored on a touchdown run and an 18-yard TD pass to Junior Simpson, and the Patriots defense took over from there in a 28-22 victory last season. Metro Christian is 8-3 all-time against Broken Bow -- with all 11 meetings happening since 2008.

4. Oklahoma Christian School at Jones
Jones ran its winning streak against OCS to four straight with last year’s 27-10 victory. Jones is 7-1 against OCS since 2006.

6. Bixby at Mansfield (Timberlake)
It was a tight one last year, but the Spartans knocked off Mansfield Timberlake 36-33 to kick-start another championship season.

7. Minco at Wynnewood
Minco beat Wynnewood 27-14 last season, and is now 4-1 against Wynnewood in the past five seasons.

8. Altus at Cache
Both teams finished 8-3 last year and only makes sense that the Highway 62 foes would clash for the first time, despite only being separated by 41 miles.

9. Poteau at El Reno
Poteau’s defense was all over El Reno last year with four sacks and three fumble recoveries in last year’s 38-19 contest. Now the scene shifts to El Reno this year.

•    Kellyville 41, Perry 21: Hayden Hutchins rushed for 206 yards and two touchdowns on 32 carries with the Ponies being the only team to knock off a district champion in the first round. It was the Ponies’ first playoff appearance since 2004 and postseason victory since 2002.

•    Sperry 68, Salina 13: In just one half of football, quarterback Beau Teel completed 11 of 15 passes for 281 yards and four touchdowns for the Pirates. “All playoff wins are good wins,” Sperry coach Robert Park said. “We took care of the football this week, and that is always important this time of year. Big challenge coming up for us at Kellyville.”

•    Eufaula 27, Spiro 0: Zac Anderson had 116 yards and three touchdowns on eight carries for the Ironheads. “The kids have been playing with great effort,” Eufaula coach Larry Newton Jr. said. “Somebody has had to step for the past few weeks because of an injury, kid sick or ineligible. They were determined to hold Spiro scoreless.”

•    Coalgate 57, Lexington 31: Austin Lambert completed 12 of 16 passes for 234 yards and three touchdowns to lead Coalgate, who hadn’t advanced beyond the first round since 2010.

•    Adair 44, Morris 20: Garrett Long had eight catches for 157 yards and two touchdowns for the Warriors, who have advanced to the quarterfinals every year 2011.

•    Millwood 48, Dickson 6: Falcons won their 39th straight game, moving them into a tie with Jenks for fifth all-time for winning streaks among 11-man teams.

•    Holland Hall 31, Valliant 0: Quarterback Drake Roush threw two touchdown passes and had a 50-yard touchdown run for the Dutch, who have reached the quarterfinals of the playoffs every year since 2016 -- the season Holland Hall moved from Southwestern Preparatory Conference play to OSSAA competition.

•    Washington 49, Lindsay 7: The Warriors picked up a playoff victory for the seventh straight season.

•    Jones 49, Newkirk 18: The Longhorns came up with five interceptions on defense, and kept Newkirk running back Laike Wilhelm in check. Tye Tucke also had five receptions for 116 yards and four touchdowns for Jones.

•    Metro Christian 60, Victory Christian 19: Asher Link passed for 391 yards and three touchdowns and also scored a rushing touchdown for the Patriots, who are back in Class 2A, a class they hadn’t played a playoff game in since 2003. Oh, and they last went to the quarterfinals in 2003.

•    Okla. Christian School 63, Okemah 26: Jaxon Conrad rushed for 258 yards and three touchdowns on 23 carries for the Saints. “First time to see (Okemah) and they ran some unusual stuff,” OCS coach Derek Turner said. “We struggled in the first half, and we were down 20-14 at halftime. But then we scored 49 unanswered points. The offense played out of this world, and our kids put it together.”

On tap this week…

•    Sperry at Kellyville: Ponies return home after upsetting Perry on the road. Sperry and Kellyville have met five times since 1999, and Sperry has won them all. The most recent was a 62-24 contest in 2015. The Pirates’ defense against Kellyville’s rushing attack and Hayden Hutchins will be front and center in this one.

•    Chisholm at Adair: Only meeting between these two was 2015 at Sand Springs High School in what was a 44-14 victory for the Warriors on their way to the title.

•    Vian at Millwood: A matchup most would have been content with the semifinals or finals, but here we are. River Simon, Bodhi Vann and the Wolverines will have their hands full with Marcus Majors and crew at Millwood. And it was Millwood who dispatched Vian from the playoffs last year, 44-0 in the quarterfinals.

•    Washington at Holland Hall: First meeting between these two. If the game comes down a field goal, Holland Hall has a secret weapon in Alex Felkins.

•    Antlers at Kingston: Kingston is 6-0 against Antlers all-time. The Redskins, though, have won only one second round game since … 1992.

•    Okla. Christian School at Beggs: Rematch of last year’s quarterfinal clash that the Demons won 32-26. OCS’ Jaxon Canard has rushed for 474 yards in the last two weeks. Then there’s Beggs’ quarterback Dalton Spring, who leads a high-powered offense himself.

•    Lincoln Christian 61, Verdigris 21: Bulldog quarterback Chase Ricke threw for 322 yards and three touchdowns, and he also ran for 124 yards and a touchdown.

•    Plainview 45, John Marshall 6: Brock Parham threw for 206 yards and three touchdowns, and he also ran for a touchdown to eliminate last year’s 3A state champion from the playoffs. “Our kids played really well,” Plainview coach Joe Price said. “Our intensity was good on defense, and we did a good job of creating turnovers. Our players were excited about the challenge of playing John Marshall.”

•    Sulphur 34, Perkins-Tryon 7: Trey Kiser rushed for 232 yards and two touchdowns, and he also recorded one sack and four tackles for loss. Tavius McDonald added 117 yards and a touchdown on 17 carries for Sulphur.

•    Kingfisher 48, Purcell 15: Trey Green scored in a variety of ways for the Yellowjackets -- on a 35-yard interception return, a 29-yard reverse and on a 12-yard catch. Kingfisher quarterback Jett Sternberger also added three touchdowns through the air and two on the ground.

On tap this week…

•    Stigler at Heritage Hall: Stigler’s upset of Locust Grove in the first round was stunning, mostly because of the way the Panthers dominated the Pirates. Now Nate Bryant and Co. get to figure out how to take down the juggernaut that is Heritage Hall. It’ll be the first matchup between these two schools.

•    Plainview at Lincoln Christian: Another stout challenge in the works for the Plainview defense. The Indians have allowed only two opponents this season to score 20 or more points. Lincoln Christian has scored under 31 points only once this year. This is a rematch of a 2016 3A quarterfinal clash, a 35-34 win for Plainview.

•    Idabel at Sulphur: There’s no question what Sulphur will attempt to do in this game and that’s run the ball. It’ll be up to LaQuan Wells and the rest of the Idabel roster to find a way to slow down the Bulldogs’ rushing attack. These two haven’t met since 1956, and Sulphur is 2-0 in the all-time series.

•    Kingfisher at Berryhill: There were some that thought Seminole and its running attack could upset Berryhill in the first round, but the Chiefs prevailed regardless. The Chiefs just wore down Seminole on both lines, and that’ll be Berryhill’s goal against Kingfisher, too. The Yellowjackets are a sneaky No. 2 seed out of District 3A-1, so watching Jett Sternberger against the Berryhill defense should be a treat. The last time these two met was 2004 in a 35-25 win for Berryhill in the 3A semifinals.