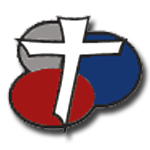 District play has arrived in full force, and there are great games all over the state this week.

Narrowing down the list to the top 10 games wasn't easy, but here it is:

1. 6AI No. 2 Jenks (3-0) at 6AI No. 1 Broken Arrow (3-0): This game was an offensive showcase for both teams last year, despite a relatively low-scoring 26-13 final, which was won by Jenks. Both teams accumulated more than 400 yards on offense, and Noah Cortes rushed for 164 yards on 22 carries. But it was Jenks quarterback Ian Corwin who passed for 365 yards and three scores. And thus Jenks' domination of Broken Arrow throughout the years continued. The Trojans have gone 14-2 against Broken Arrow since the Tigers won back-to-back seasons against Jenks in 2002 and '03.

3. 6AII No. 6 Lawton at 6AII No. 2 Midwest City (2-1): Expect points aplenty. Between Lawton's Miles Davis and Midwest City's Preston Colbert, there should be plenty of offensive fireworks. Midwest City has won the last two meetings, including a 41-35 victory last season.

4. 6AI No. 3 Owasso (1-2) at 6AI No. 4 Union (1-2): The Rams have scored at will this season with Will Kuehne at quarterback, but Owasso's defense has failed to stop anyone. Owasso is yielding an average of 44 points per game, and that's exactly how much Union scored against the Rams in last year's regular-season showdown. But then Owasso got its revenge with a 21-14 victory in the 6AI title game.

5. A No. 5 Thomas (2-1) at A No. 1 Hooker (3-0): Hooker has punished some out-of-state teams recently with wins over Booker (Texas) and Clayton (New Mexico). But now the Bulldogs return the the Sooner State and get fifth-ranked Thomas in District 1 play. Thomas won last year's game, 20-0, and expect another moderately low-scoring game again this year.

8. 6AII No. 3 Bixby (2-1) at 6AII No. 8 Sapulpa (3-0): Eli Williams and Co. have posted some impressive wins over Edison, Claremore and East Central and are off to a 3-0 start -- the best start to a Chieftains' season since going 4-0 to begin the 2013 campaign. The winning streak in 2013 was snapped by Jenks in Week 5 and Bixby followed with a win over the Chieftains. That actually began a current five-game winning streak for the Spartans over Sapulpa, including last year's 48-10 rout.

10. A No. 2 Cashion (4-0, 1-0 A-3) at Christian Heritage (2-1, 1-0): These two reunite for the first time since 2009. The Wildcats' offense gets its rightful share of attention, but so far it's been the Cashion defense that has been dominant, allowing a total of 18 points through four games. And in an incredibly-deep District A-3, every victory is important.

Meeker at Kellyville: Both clubs are off to surprising 3-0 starts, and they meet for the first time.

Pawnee at Tonkawa: Playoffs spots in District A-5 look like they will be difficult to come by with the likes of Barnsdall, Morrison, Pawhuska, Tonkawa and Pawnee off to solid starts. Since 2008, Tonkawa has won seven of eight meetings against the Black Bears.

B No. 2 Davenport at Strother: The Bulldogs have mercy-ruled Strother the past two seasons, but Strother is coming off solid wins of its own against Bowlegs and Sasakwa. One problem for Strother: Davenport posted 80 points last week!