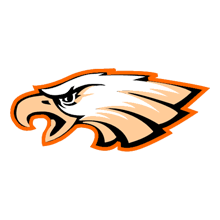 There’s not many places that can lure Will Jones away from Garber.

Dale just happened to be one of them.

Jones was approved earlier this month to take over superintendent duties for Dale Public Schools.

He’ll take over the role July 1 when the retirement of current Superintendent Ky Wilkins becomes official.

It will end a seven-year run at Garber, the last six as the school district’s superintendent.

“My most fulfilling years in public education have been at Garber,” Jones said. “It was a very difficult decision to leave.”

However, the pull from Dale was too much to resist.

“There aren’t too many places that would even allow me to consider leaving a great school like Garber,” Jones said. “But Dale is one of those places.”

“It’s a place that expects excellence in academics as well as extra-curricular activities,” he said.

The baseball and softball teams have nearly annual reservations at their respective state tournaments. Baseball accounts for 21 state championships and softball another 11.

The boys basketball program didn’t own a state championship…until about two weeks ago.

The Pirates, with nary a senior starter, claimed the 2A title.

That’s the kind of programs Jones will be inheriting.

He feels he’ll be turning over Garber’s reins in solid shape as well.

Among his proudest achievements was helping pass one transportation and one building bond issue in 2018. Both got 84 percent voter approval.

The district now has two devices for every student…one for school and one for home.

“We’ve made some tremendous gains in technology,” he said.

Jones also did what many small-school superintendents have had to do: Fill several roles.

“I leave here proud knowing that I was willing to do whatever I needed to help the district,” he said.

That included dusting off his coach’s whistle and taking over the boys basketball program prior to the 2017-18 season.

“I really thought my coaching career was over after 2009,” Jones said. “There was someone above pulling the strings on that.”

He stepped down after that season and hired Fletcher Reed away from Snyder to take his place.

Reed coached Garber to another runner-up finish in 2022.

The football team has reached the playoffs each of the last three years and all but once during Jones’ tenure there.

Jones’ oldest daughter, Karsen, graduated from Garber last year and is now a freshman at OSU.

His youngest daughter, Khloe, will be an eighth grader next year.

“For her, both academically and in extra-curricular activities, this is also a great fit,” he said of Dale. He also said the location is ideal in a number of other ways, notably the proximity to his mother, who lives in Edmond.

“A lot of things just came together,” Jones said, “to let us know this was the right move to make.”