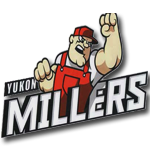 STATE OF THE PROGRAM

The trophy made the rounds all across Broken Arrow. The Tigers showed up off the Class 6AI championship trophy all over town for the first time in program history, after Broken Arrow took down Jenks for the championship in 2018.
Now it’s time to turn the page.
This time the Tigers are the ones everyone is chasing.
“Our approach is: we aren’t defending anything,” Broken Arrow coach David Alexander said. “Every year they make a new trophy. Last year’s team won last year’s trophy. We are going to attack the season, and try to see how good we can get.”


Biggest on-field question: How will the front seven on defense look with so many new faces?
Zach Marcheselli and Gavin Potter served as a dynamic duo at linebacker last season, and the two tackling machines both graduated. Same goes for Kaizer Newell, DeMeco Roland and Colton Collier on the defense front. That leaves Jaylen Moss on the defensive line and middle linebacker Campbell Yeager, alongside Zeno Marcheselli, Logan Stovall, Darryan Moss and Jadahian Floyd-Wright at outside linebacker to lead the charge in 2019.
“Those are some of the guys fighting for playing time at outside linebacker right now,” Alexander said. “All four of those guys are smart and can run.”


Depth chart breakdown
Offense: Maurion Horn (5-feet-11, 180 pounds) takes over in the backfield at running back after Noah Cortes set every rushing record at Broken Arrow. KeJuan Tolbert will be another that gets plenty of carries alongside Horn.
At quarterback, it’s anybody’s guess on who’s slinging passes in 2019. Jake Raines figures to have the inside edge with the season’s first game this wek.
The bulk of those passes will make their way to Isaiah Keller and Tori Dillard.
Paving the way at offensive line will be the nation’s most sought-after right tackle, Andrew Raym (6-5, 285), an Oklahoma commit. Also on the line with Raym will be Trevor Burckhartzmeyer at 6-2, 295 pounds.

Defense: Myles Slusher (6-0, 185) is committed to Oregon, and gives the Tigers a veteran presence at cornerback.
Linebacker responsibilities will fall upon middle linebacker Campbell Yeager with Zeno Marcheselli, Logan Stovall, Darryan Moss and Jadahian Floyd-Wright vying for time at outside linebacker.
And it’ll be Jaylen Moss (6-4, 235) providing pressure up front on the defensive line.

Special teams: Skyler Segraves was a potent weapon in the kicking game last season, but now it’ll be Tyler Crawford’s turn in 2019.

Missed the most: Noah Cortes
Both Quintevin Cherry and Tate Robards graduated from the quarterback spot, but Cortes was the offense’s motor in 2018. The Tigers’ new all-time leading rusher will pass the torch on to guys like Maurion Horn and KeJuan Tolbert in 2019.
“So excited to get this group of running backs on the field,” Alexander said. “Best way to describe these guys is explosive! None of them are as big as Noah, so we will hand the ball to two or three guys to make up for the number of carries.”

Best guess for 2019
This Broken Arrow team lost a lot of firepower from last season. No shame in saying there are a lot of voids that need to be filled. But Alexander and Co. will see what their club is made of early on, and any problems that need to be addressed will certainly get ironed out in the latter half of district play. The Tigers definitely have enough talent to garner another semifinal appearance, and of course, beyond that is anyone’s guess as to what could happen.

1. Union - Feels like one of those Union years, where the Redskins have a boatload of talent to win it all.
**2. Broken Arrow - If the defense’s front seven can hold its own, there’s enough talent on this team to win back-to-back titles
3. Owasso - Cole Dugger, a transfer from Collinsville, could be the key link to getting the Rams their second title in three seasons.
4. Jenks - Going to be some getting used to with some new names for the Trojans, but of course they’ll be good.
5. PC North - Wildcats lost tight end Will Taylor, but they return a lot of firepower this season, including quarterback Aaron Norment.
6. Norman - Tigers with a solid chance to impress in 2019 with quarterback Cade Horton, an Oklahoma commit for baseball and football, at the controls.
7. Edmond Santa Fe - Linebacker Collin Oliver has more than a handful Division I offers before he even begins his junior season.
8. Moore - Quarterback Daniel Hishaw Jr. enters his senior year after rushing for 776 yards and 1,839 yards and 29 combined touchdowns.
9. Westmoore - Jace Bohrofen has a bright future in baseball, but he’ll lead the Jaguars at quarterback for his senior season.
10. Mustang - Lee Blankenship is now in charge, so don’t be surprised to see the Broncos climb the rankings as the season progresses.

District 6AI-1
Broken Arrow
- Myles Slusher: The Oregon commit at cornerback picked off two passes in 2018, including the game-clincher against Jenks in the Class 6AI title game. Also had 68 tackles during his junior year last season.
- Andrew Raym: The state’s top college prospect has committed to Oklahoma after a stellar junior season. Will once again be a key focal point for the Tigers on offense in 2019.

Jenks
- Bo Estes: The 6-foot-3, 190-pound wide receiver/tight end could become one of the state’s best pass catchers before the year is done.

Edmond Santa Fe
- Collin Oliver: The Wolves lost Trace Ford to graduation, but they filter in another star in the making after Oliver had 56 tackles, six tackles for loss and three sacks as a sophomore in 2018.

Yukon
- Isaiah Butler: Rushed for 453 yards as a junior and figures to have a key role in the Millers’ rushing attack in 2019.

Westmoore
- Dayton Wolfe:  Enters his junior season after passing for 1,813 yards and 22 touchdowns.

Edmond Memorial
- Nate Williams: Returns for his senior season after rushing for 408 yards in 2018.

Union
- Kyler Pearson: Kansas commit caught 58 passes for 551 yards and 10 touchdowns as a junior in 2018.
- Gabe Cantu: The Tulsa commit stands 6 feet, 4 inches and 300 pounds, and will be Union’s offensive line engineer at center this year.

Putnam City North
- Aaron Norment: Panthers’ offensive centerpiece is back at quarterback after rushing for 255 yards and four touchdowns, on top of passing for 2,201 yards and 21 touchdowns. And on his Hudl profile it says, “broke Sam Bradford’s single game passing record.” Not too shabby.

Moore
- Daniel Hishaw: Continued to impress as a junior last season with 776 yards and 13 touchdowns rushing, and he passed for 1,839 yards and 16 touchdowns. Has a commitment to Kansas currently.

Southmoore
- Jaedyn Scott: Dual-threat quarterback for the SaberCats ran for 870 yards and 12 touchdowns and threw for 653 yards and six scores in 2018.

Edmond North
- Colby Entwistle: Quarterback for the Huskies is back after throwing for 1,770 yards and eight touchdowns in 2018.

Michael Swisher: Union -- Broken Arrow and Owasso have combined to take some of the luster off Jenks and Union the past couple of years. While Jenks has gone longer without a title, it’s Union that will reclaim supremacy for the duo this season.

Whitt Carter: Union -- After being the only person outside of the Broken Arrow locker room to pick the Tigers to win it all last preseason, I will take my bow and wait for the applause.
***Bows***
Thank you.
And they can certainly do it again this season, with many key players back. But I think Union returns to the top in 2019. The Redskins don’t have the big names that they normally do, but there is still talent everywhere and I think Coweta move-in JD Geneva is the difference at quarterback. He is in for a huge year and will lead the Redskins to the title in what should be an exciting race in 6A-1.

Ben Johnson: Union -- Yeah, boring, I know. But making it three-for-three as someone picking Union to win it all. J.D. Geneva was taking big strides at Coweta before he transferred, and I think he’ll be instrumental on Union’s march to a state championship.